You are here: Home / Frequently Asked Questions / Elder Law / What is Life Use? 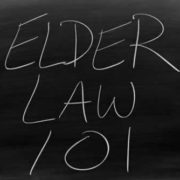 The term “life use” is defined in Black’s Law Dictionary includes the use by someone who, until death, is entitled to use property.

That property could be a home, or a car, or an investment account.  The beneficiary of the life use in a home is termed a “life tenant.”  The life use in an account is often referred to as an “income-only beneficiary.”

An example of a “life use” often appears in the prenuptial agreements of two people marrying later in life.  A husband owns a home created during his first marriage, and he wants to leave it someday to his own children.  His first wife has died.  He meets another woman and wants to marry her.  If they marry, live in his home, and he dies first with the house left to his children, the wife may be put on the street by those children.  To insure the second wife will have a home when he dies first, he provides for her a life use in the home.  She can stay in the home for as long as she lives.  Even her husband’s hate-filled children cannot put her on the street.

A common recent example of a “life use” is in Medicaid Title XIX planning.  For example, a widow has run low on both her health and her finances.  She cannot live alone any longer in her own home.  Her son and daughter-in-law offer her an in-law apartment in the home they plan to buy.  If the widow helps them with the down-payment, they can afford this big home.  The widow’s lawyer advises her to reduce the plan to writing, both for her protection and that of her son and daughter-in-law.  If she simply gifts the couple the down payment, the gift will be counted against her someday if she needs to apply for Medicaid to help her pay for a long-term stay in a skilled nursing facility.  And the State could go after the young couple for return of the gift.  But if the widow’s contribution to the new home is part of a written contract, and she gets a life use in the in-law apartment of the new home, then the down payment will not be deemed a gift and will allow her someday to have that Medicaid help if she requires a skilled nursing facility.  Her cash for the down payment buys her a place to live with family.  Requirements for this life use to work are complex.

Other examples abound.  A dying brother can devise in his will a life use to his disabled sister in his home upon his death.  The sister can have the life use and still be eligible for government assistance.  Upon her death, the brother’s will may direct the home be given to others such as his children.  Also, a friend could create a trust to pay income-only from a stock portfolio to another person down on their luck.  Upon the beneficiary’s death, the principal of the portfolio could be distributed to charity, or the friend’s children, or back to the first friend.

What is required by law in order to collect fiduciary fees?

In Terrorem Clause
Scroll to top